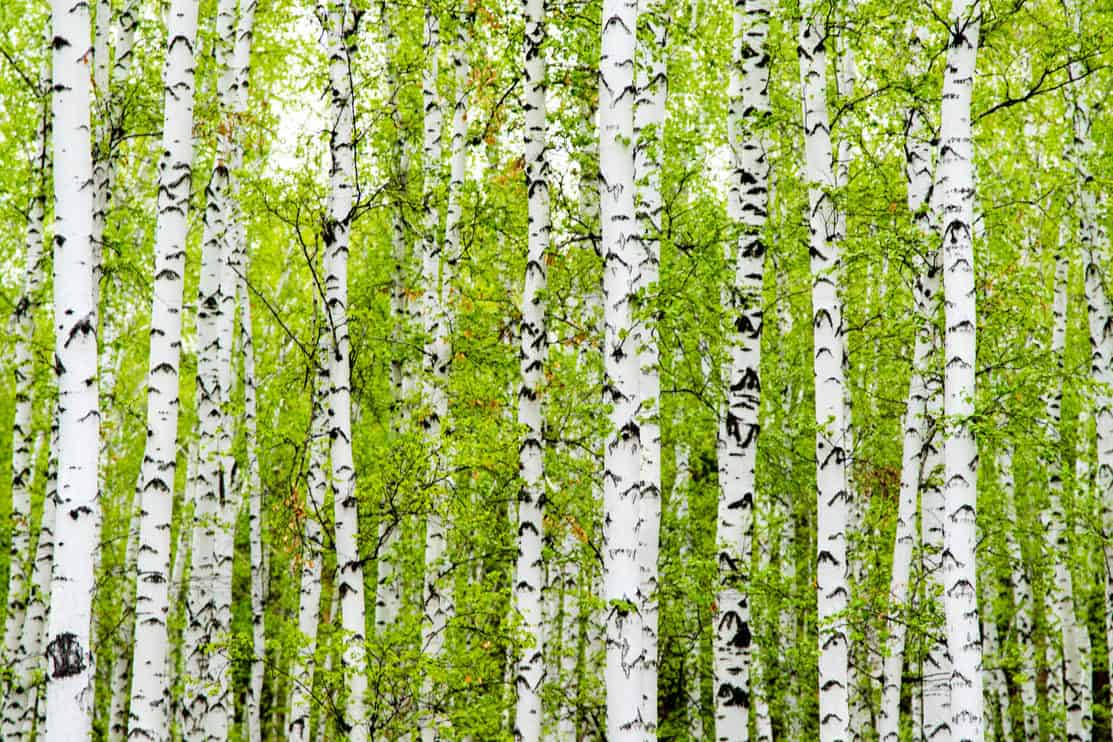 Birch trees are hardy and adaptive trees, making them a favorite among gardeners and landscapers. They aren’t giant trees, growing only to a small or medium height of up to 80 feet, and come in several different colors.

There are 18 species of birch trees in North America, with only several species having white bark. The most common birch trees with purely white bark are paper birch and silver birch trees. Birch trees have white bark so they can reflect sunlight during the winter when inactive.

In this article, we’ll review the different ways to identify birch trees, no matter the color of the bark. Then we’ll talk about the common varieties of birch trees and the best way to care for them if you have them within your landscape. Let’s get started!

​​Why Are Some Birch Trees White?

This answer to this question lies in how certain birch trees are naturally distributed across the country. The famous white color of birch trees does have a purpose: to reflect light and therefore heat away from the tree.

Birch trees that have white bark are usually found in the Northern areas of North America. During the winter, the warming of a birch tree’s bark is not a good thing – it can cause the internal temperatures within the tree to fluctuate and degrade.

Extreme variations in temperature – like from warm to extreme cold – can cause white-barked birch trees to experience internal deterioration and even tree death. However, the light-colored, highly reflective bark protects these birch trees from winter injury. Interesting!

If you’re interested in learning more about birch tree growth, check out our article 4 Reasons Why Birch Trees Can’t Grow In The Shade

The most popular, and recognizable, white-bark tree is the Paper Birch. Paper Birch grows in the northern and central areas of North America and has beautiful iconic bark.

This birch tree’s bark is actually a dark color when it’s young, but as it grows and matures, it’s bark turns white and begins to peel aggressively. In fact, the bark of a paper birch tree sheds so often that the bark was often used to make bark canoes by Native Americans.

This species can grow up to 60- feet tall but is relatively short lived. Paper birch trees are susceptible to boring insects, like the bronze birch borer. This tree is often passed over by landscapers due to their vulnerabilities to fungus and pests. We’ll discuss the bronze birch borer at the end of this article!

The Silver Birch Tree, also known as a White Birch Tree, is similar to the paper birch but has a slightly weeping appearance and doesn’t have peeling bark. It’s commonly used in landscapes as shade trees because of it’s beautiful appearance and its reputation to attract wildlife to the garden.

Silver birch is vulnerable to certain fungi which makes the tree less likely to be planted in yards.

If you have a silver birch within your landscape that is experiencing any issues, we encourage you to contact a local tree expert that can help you with your specific case as many silver birch issues don’t resolve themselves.

There are a number of birch tree varieties that come in different colors than the recognizable white. These types of birch trees typically haave thicker bark than their white-barked cousins and are a bit hardier in certain environments.

The River Birch, also known as the Water Birch, is native to the Eastern United States and can be found as far as north Florida. River birch trees are commonly found near water sources such as swamps, floodplains, and river banks. It’s one of the few heat-tolerant birch tree species and thrive in zones 6 and up.

River birches are commonly grown in landscapes that need assistance with erosion control. Unlike many types of hardwood trees, it’s well suited to a variety of soil types, including soil that can be particularly acidic.

There are certain varieties of River Birch that do have lighter shades of bark that are selected for landscape use and are resistant to the bronze birch borer – which is notable.

River birches are also a popular tree among wildlife, like songbirds and many types of waterfowl – these trees are primarily used as nesting sites in the spring and summer.

River birches are also used for the essential oils found within their leaves and inner bark. The oils within are known to have insecticidal and antibacterial properties.

There are approximately 18 birch tree species that are native to North America. North American birch tree varieties have similar characteristics, despite their variation in bark and leaf colors.

For example, birch trees tend to be small to medium-sized and can generally be found in open, grassy or meadowy areas.

In forestry, birch trees are known as a “pioneer” species, along with poplars, alders, and willow trees. They’ve earned that nickname by being some of the first trees to colonize open areas that lack vegetation.

Some examples of areas that birches will colonize are abandoned farmland, meadows, and areas devastated by forest fires – these areas are prime real estate for birch trees. They also grow in clumps of 2 to 4 trees and establish forest canopies quickly in these ideal environments.

One tried and true way to identify birch trees is by paying attention to their leaf shape, flowers, and fruit.

All birch trees are deciduous, meaning they lose their leaves in the late fall and winter. In saying that, when these trees do have their leaves, you can use them to help identify birch trees species in the wild.

Birch tree leaves are egg-shaped with serrated and double-toothed points on the tips of the leaves. In the fall, the leaves can turn a variety of stunning colors like vibrant gold, fiery red, or burnt orange.

Before bearing their fruit, birch trees produce long, slender flowers, more commonly known as catkins. These long clusters of flowers will eventually turn into a flat fruit known as samaras.

Samaras fruit is small, flat, and winged, which allows the fruit to be carried by the wind for short distances. The shape of the seed is part of the reason that birch trees can spread voraciously within ideal growing conditions.

The bronze birch borer is a species of beetle that feeds on most birch trees species. Signs of an infestation can include little to no foliage in the spring or summer, off-color leaves, dead branches at the top of the tree, and small D-shaped holes in the bark.

If you live in an area where these insects can be an issue, you can help your birch tree resist birch borers by fertilizing it annually every spring. Try using an organic mulch, and this Purely Organic Tree & Shrub Fertilizer. The fertilizer spikes will fertilize continuously until the following year and are easy to install.

According to Oregan State University, If your birch trees show signs of this beetle, you must first assess the damage level. If less than 50% of the tree canopy appears to be affected, the tree can be saved.

The larva of this beetle affects the birch tree, as they hide within the tree and feed on the softwood innards of the tree. The best way to control this pest is through tree injection pesticides, which are usually only available to licensed pest control companies.

If you are experiencing this pest within your landscape, we encourage you to contact a local expert to work with you to save your birch tree!

Birch trees come in many different sizes and colors. While the paper birch species is the most famous species of birch tree, birch tree bark comes in a spectrum of color.

Birch trees, across species have a few distinct characteristics to look out for:

Best of luck in your tree identification journey! 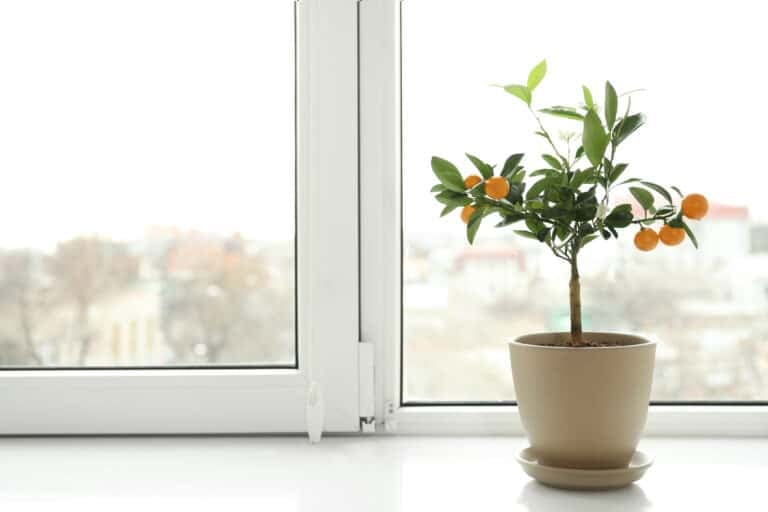 In recent times, more and more people have been interested in being more self-sufficient and healthy with their food. In most cases, this means looking… 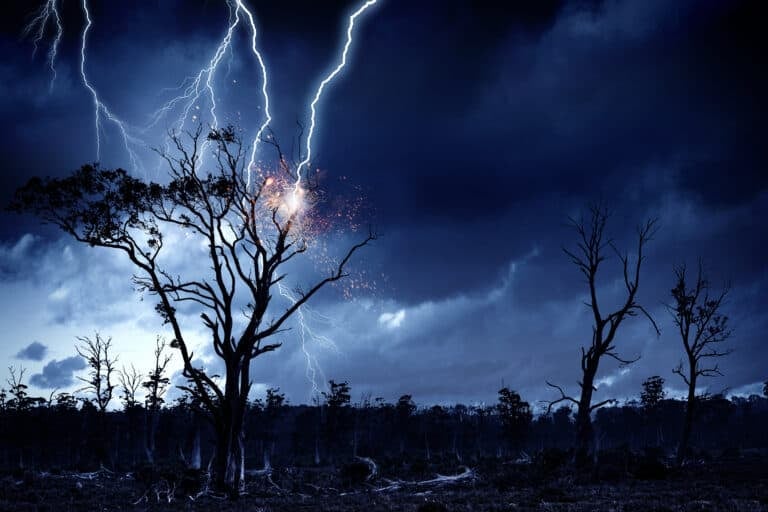 Lightning stuns us into silence. It is a powerful force of nature that can have different effects on the environment. It can provide nitrogen for… 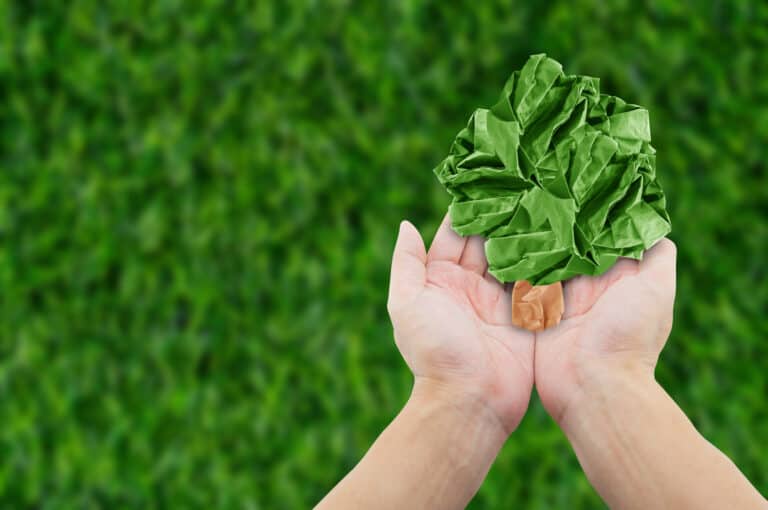 Did you ever look at your cardboard delivery box and wonder how it was made, or what materials were used to make it? Trees provide… 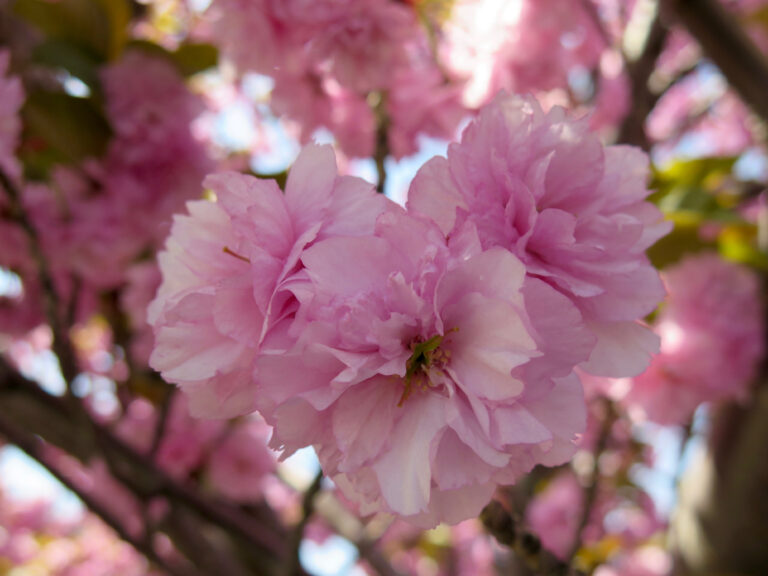 Cherries- dark, light, round, long, sweet, tart; however you may think of them, there is more to cherries than meets the eye. It may surprise… 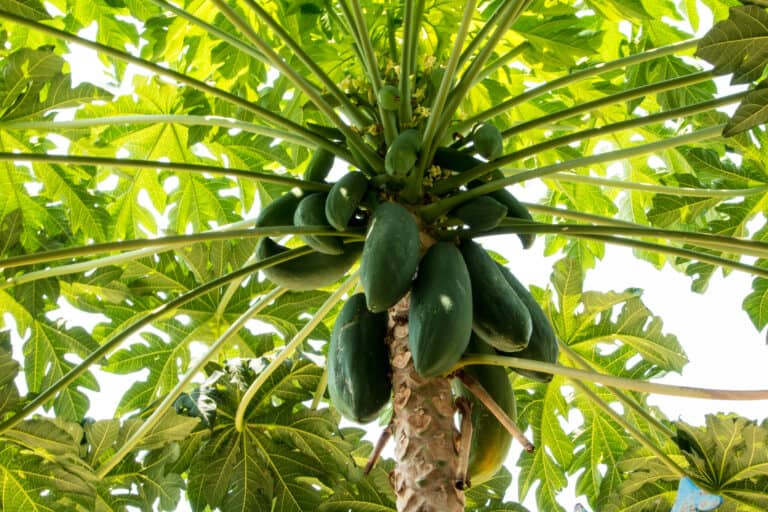 If you are growing your own papaya trees or merely considering growing them, you probably want to know how long papaya trees last and where… 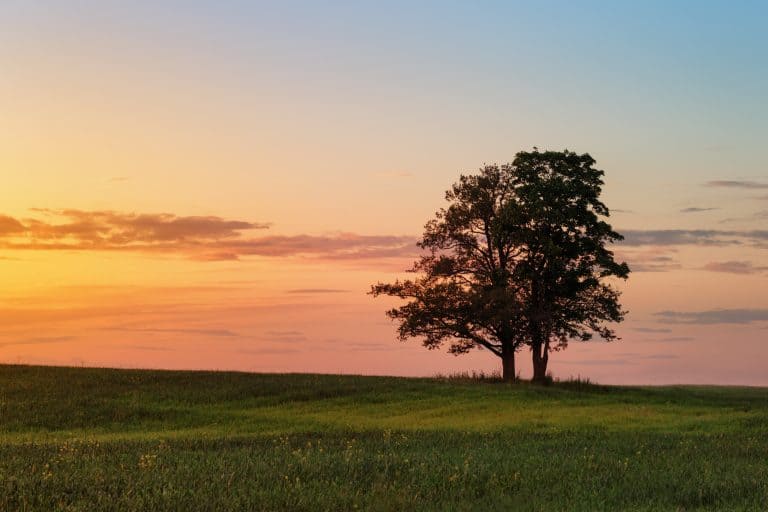 There is nothing more beautiful than a healthy oak tree that’s standing tall and full. With its beautiful green foliage, and branches stretching far and…