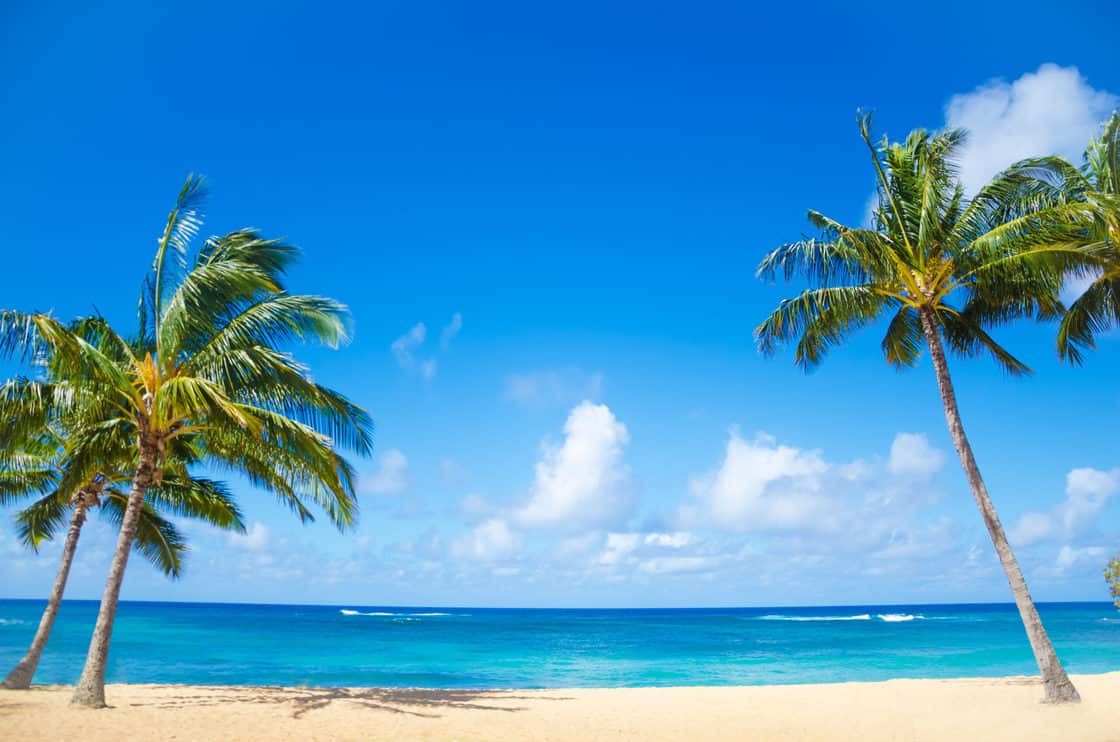 If you have ever been to a tropical place, you have seen palm trees. But how many of those have been coconut trees, and just how tall do coconut trees grow?

How Tall Is The Average Coconut Tree?

The tall coconut palm varieties reach a height of 80-100 feet. These are the coconut trees we all might think of, really tall, very skinny trunks and leaning to one side. The tall varieties of coconut trees live an average lifespan of 80-100 years.

Here are a few tall cultivars of coconut palms:

The dwarf varieties of coconut palms, however, range anywhere from 15-60 feet. Dwarf coconut trees do not live as long as tall coconut varieties, with an average lifespan of 40-60 years.

Here are a few dwarf cultivars of coconut palms:

We will go into more detail about the different coconut palm cultivars, so keep reading!

How Fast Does A Coconut Tree Grow?

A coconut tree can grow anywhere from 12-36 inches each year under the best growing conditions, with an ample amount of sunlight, water, and humidity.

Ample sunlight requirements for coconut trees are over 6 hours of full sunlight per day or about 2,000 hours or more of sunlight every year!

Coconut trees need at least 70% humidity, which is why we typically see coconut palms in warm, humid climates. Some cultivars of coconut trees can tolerate drier periods, but they need humidity to produce fruit.

If you are planning on growing a coconut tree, you’ll want to make sure to look at our in-depth guide on how much water coconut trees actually need. It goes over different scenarios where your tree may be growing so you make sure NOT to overwater your coconut tree.

If you decide you want to grow a coconut tree indoors, this is a great humidifier for any of your indoor tropical plants, the Air Innovations Humidifier! This humidifier not only runs for 100 hours, but it also is top fill, operates quietly, and it is a 1.6 gallon-capacity humidifier!

Once a coconut tree produces coconuts, it leans to one side because of the weight of the fruit, giving the tree’s trunk a curved appearance.

Although coconut trees produce coconuts between 3-8 years, they don’t reach peak coconut production until around 15 to 20 years old!

If you want to learn more about transporting a palm tree before you take on the task, check out 10 Best Steps For Transporting Palm Trees (And How To Do It).

What Are Some Cultivars Of Coconut Trees?

As we mentioned before, there are different cultivars of the coconut tree, including tall and dwarf varieties.

The east coast tall coconut tree reaches a height of 90 feet and is a fairly common cultivar. It produces coconut fruits starting between 6-8 years old.

The east coast tall coconut produces a reliable 60-70 coconuts each year! Although this coconut cultivar can tolerate dry conditions, it does best in moist, well-draining soil.

The green dwarf coconut is another variety of the Malayan Dwarf coconut, but this coconut palm reaches a height of only 30 feet tall.

Unlike the Malayan Yellow or the Golden Malayan, which produce yellow coconuts, the green dwarf coconut produces green coconuts, which are used mainly for their water content.

The west coast tall coconut palm reaches 100 feet, making it one of the tallest coconut palm cultivars there is! They produce large coconuts with high oil content.

The west coast tall coconut is tolerant of some drought conditions, but like most coconut palms, it does best in well-draining, moist soil.

Similar to the west coast tall coconut, the Jamaican tall coconut can reach up to 100 feet in height.

This coconut tree is most notable for its picturesque, round, dark green canopy. More importantly, the Jamaican tall coconut produces anywhere between 100-200 coconut fruits every year!

Because of this mutation, the coconut has virtually no water content and is noteworthy for its jelly-like meat that is incredibly soft and flavorful.

These coconuts are considered a delicacy and used in foods and desserts. The Macapuno coconut only grows to a height of 16 feet tall!

The Panama tall coconut palm reaches a height of 90 feet and can grow in hardiness zones 9b-11.

Unlike the previously mentioned coconut varieties, this coconut palm is the most tolerant of cold temperatures and winds.

One of the coolest things about the Maypan coconut palm is its resistance to lethal yellowing disease, one of the most fatal diseases to coconut palms.

This coconut palm is a hybrid cross between the Panama tall, which we just covered, and the Malayan Dwarf. It is a commonly planted cultivar in Florida because of its resistance to lethal yellowing disease.

Because this cultivar is a cross between a tall and a dwarf coconut palm, this coconut palm only reaches 60 feet tall!

Since we have been talking about 80 feet and taller coconut palms, this dwarf coconut may shock you. The Chowghat Orange Dwarf coconut palm only reaches a height of 16 feet!

It produces around 65 meat-rich coconuts every year. This cultivar also originated in India and is noteworthy for its large, bright orange coconuts!

The Tiptur tall coconut palm originated in India. It is an extremely low-maintenance palm and is known for its reliable supply of coconut fruits. This coconut palm produces anywhere from 70-80 coconuts per year!

It is extremely tolerant of all levels of soil moisture, including different soil types. This coconut palm is known for its reliable productivity and produces around 100 coconuts per year!

The Malayan Yellow Dwarf coconut originated in Malaysia in the 1800s. It grows to a height of 60 feet and today is found in humid, tropical climates all over the world.

The Malayan Dwarf is another cultivar commonly planted in Florida due to its resistance to lethal yellowing disease.

It reaches a height of up to 25 feet and is also tolerant to most weather conditions, including most soil types, wind, and varying rainfall.

Last but certainly not least is the king coconut palm. The king coconut palm tree reaches up to 30 feet tall and is native to Sri Lanka. They are extremely prevalent during hot months on roadsides. King coconuts are a shiny bright orange color and are known for their nutritious, and delicious high water content!

Have you ever wondered if you can grow palm trees where you live? Well, if you live in or around New Orleans, you can learn more about the palms near you here: 5 Reasons New Orleans Has Palm Trees (Plus Growing Tips)!

What Are The Benefits Of Coconut Trees?

Coconut trees have been utilized for thousands of centuries, specifically because of their multitude of uses.

You can use every part of the coconut palm tree, from the interior of the coconut to the shells, the roots, the fronds, the husk, and even the trunk!

The interior of the coconut produces coconut water, coconut milk, and coconut oil from its meat called copra.

The sap of coconut trees is used to create syrups, seasonings, alcohol, and candy.

Coconut fronds have a variety of uses. They can be used to weave baskets or bags, create sun shades and mats, used as wraps, and to preserve food and you can even create hats and leis with them.

Coconut coir, the natural fiber around the coconut husk, is used in soil mixes for tropical plants, rope, mats, and even brushes. Coconut coir added in the soil as a growing medium gives plants the drainage and aeration they need.

If you have any tropical plants or are looking to grow your own coconut palm, FoxFarm FX14100 Coco Loco Potting Mix is a perfect soil to start with! It’s a perfect mix of growing mediums with one of its key ingredients being coconut coir!

FoxFarm soil is incredibly sought after for all indoor plants, and the best thing about this tropical coconut coir potting mix is it holds its weight in water while still being well-draining! This means nutrients and water can be sucked up as needed by the plants, reducing the probability of root rot and insects!

Traditionally, in Polynesian culture, the trunk of the coconut tree was used to create canoes. The trunk of coconut trees is so sturdy it has been used for houses, boats, and even furniture.

What Exactly Is A Coconut Tree?

Cultivars are specifically bred varieties of a plant. Breeding specific varieties or hybrids and crosses of plants allows for disease resistance, potentially higher production of fruit, or insect resistance, to name a few.

For centuries, the coconut tree has been used all around the world. People use them for everything from food to furniture, including coconut oil, water, baking, baskets, and arrows.

Coconut trees belong to the Arecaceae family and have no branches! They have only palms, which are a single leaf, commonly called fronds.

Coconut palm trees can produce anywhere from 50-200 coconuts per year, depending on climate, care, and age, and rarely begin producing fruit until they are between 3-8 years old.

If you have thought about growing palm trees, we have just the article for you, Here’s Why You Can’t Grow Tropical Palm Trees In New York.

Now that we’ve learned about different cultivars of coconut trees, I think they may just be the ultimate tree! Not only are some varieties disease resistant, but some are also incredibly tolerant and require minimal care once established. Not to mention the abundance of uses of the entire tree!

Thanks for sticking around and learning about coconut trees with us! Maybe you’ll remember some of these amazing coconut tree facts the next time you’re in a tropical place! 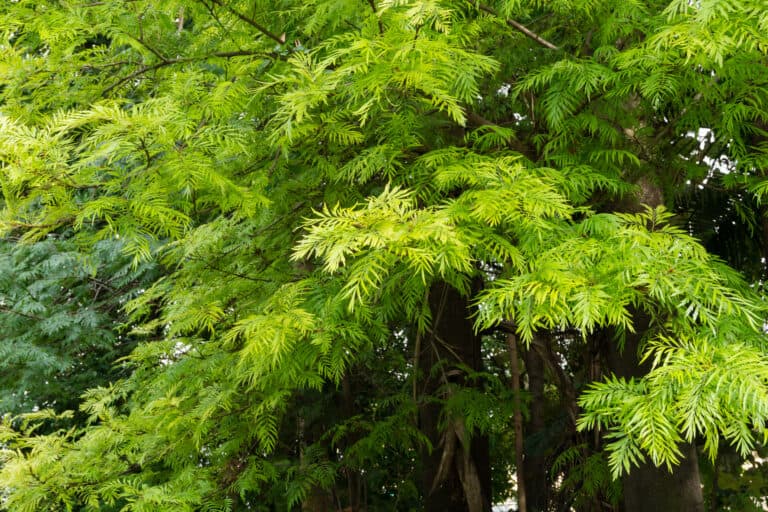 A tall and stately tree, silver oaks can grow over 100 feet tall with a 30-foot spread of nice cool shade. They thrive in moderately… 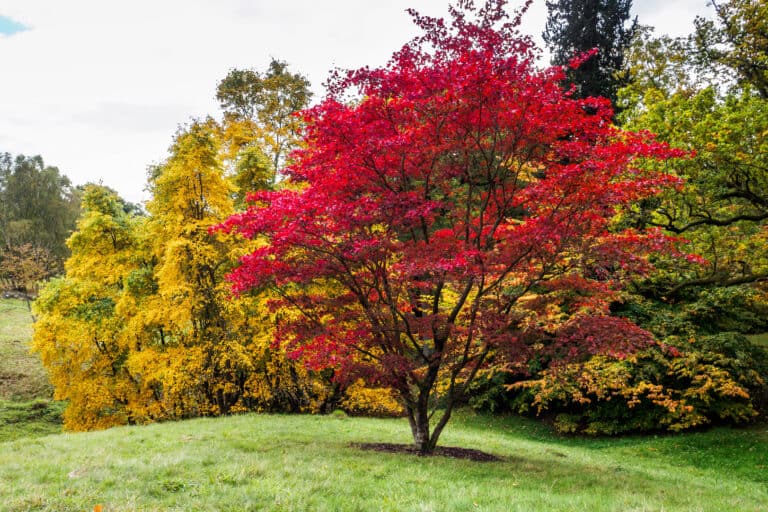 As you are probably very aware, trees are a pretty common plant around the globe, no matter your location. Save for the arctic circle and… 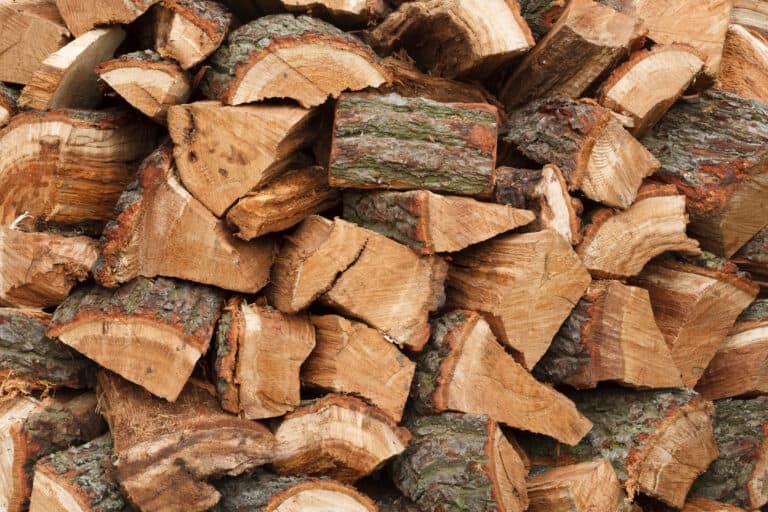 When you start a fire, whether it’s in a fireplace, campfire, or for your wood-burning stove, the last thing you want is to have to… 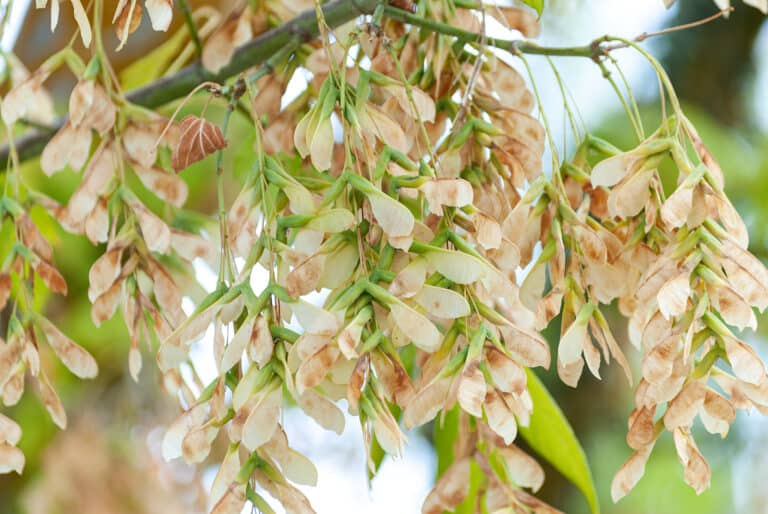 So, how much water do ash trees actually need to do well in a given environment? Ash trees are drought tolerant and grow well in… 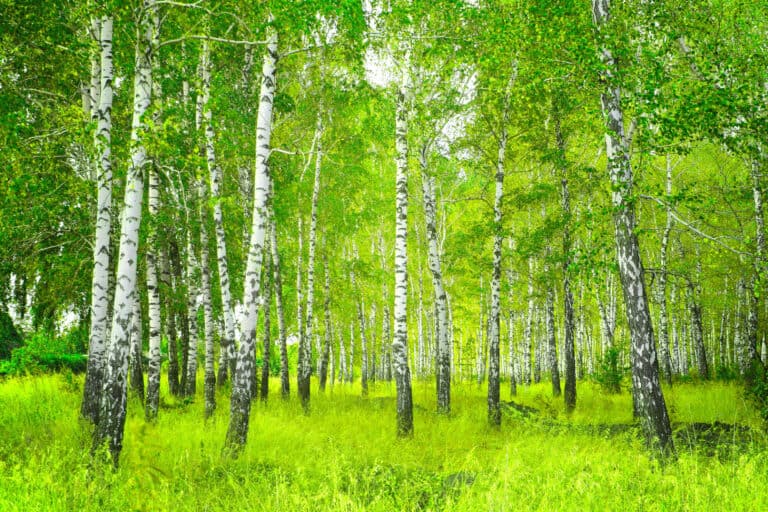 Birch trees are deciduous trees. This means they lose their leaves in the winter. They require full sun, which is up to six hours, and… 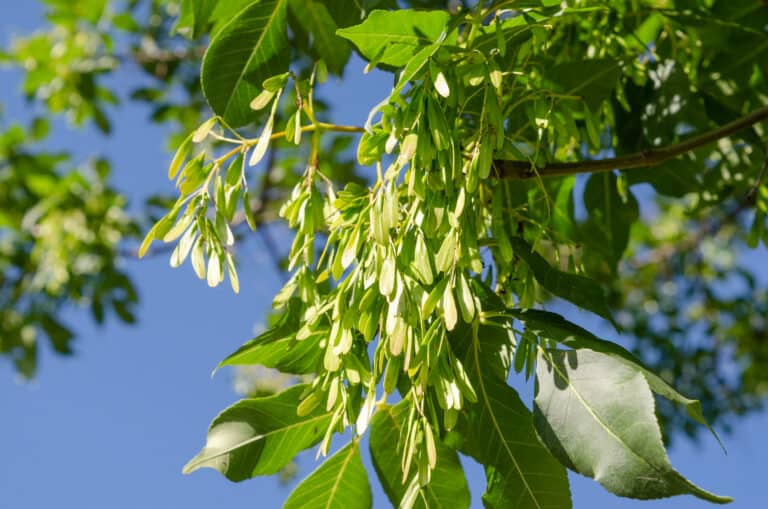 While it’s nice to soak up the sun on a warm summer day, we can probably all agree that it’s a wonderful feeling to sit…