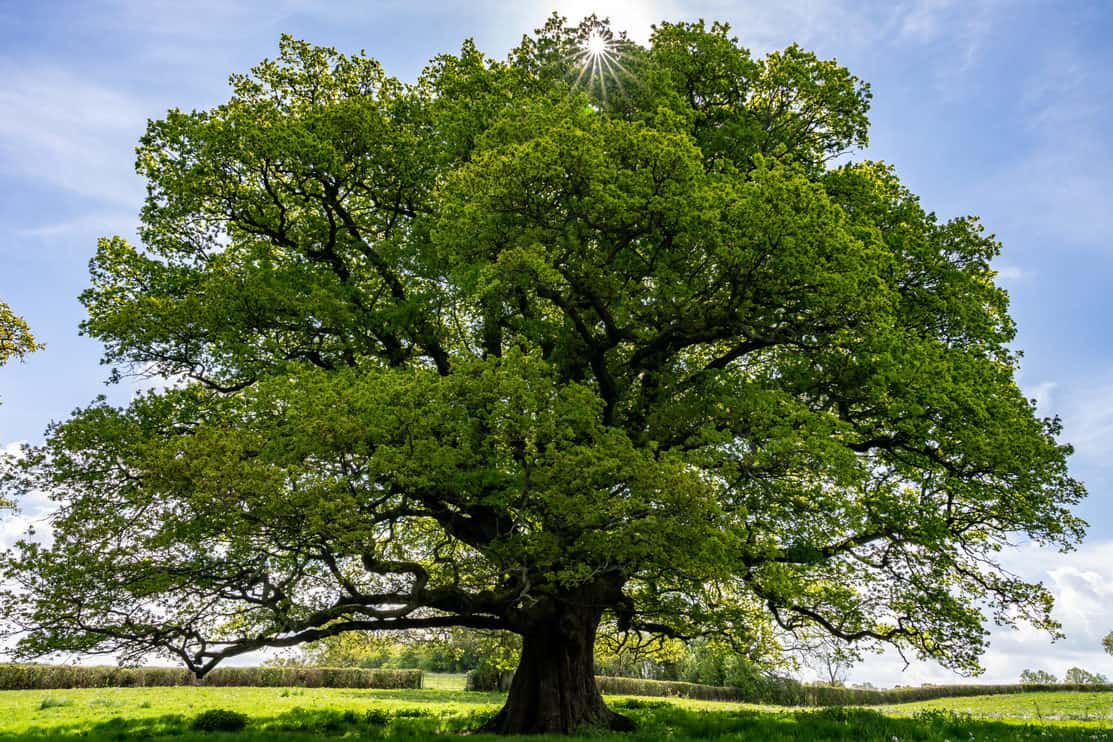 I’m sure if you’ve ever done any yard work, you know just how much time and effort it takes. Well worry no more, we’ve got a guide on oak trees and an estimated pricing chart so you can see if you’d rather get that oak tree installed!

The cost of an oak tree install depends on the size and caliper of your tree, landscape, and amount of work required to install the tree. Large trees cost more, while small saplings cost significantly less. Install costs can run anywhere from a few hundred dollars to more than $3,000.

Below we’re going to discuss oak trees, picking the right oak for your yard, and we even have a pricing chart if you decide that you want an oak tree planted in your yard. Let’s dive in, hopefully, you’ll learn some helpful facts about oak trees along your tree journey!

What Factors Affect The Price Of An Oak Tree Install?

If your land is relatively clear, flat, and doesn’t require the removal of plants, roots, trees, or other obstructions, then your oak tree install could be on the lower-priced side.

On the other hand, if it requires a lot of work to remove other plants, roots, or other things, then you could be looking at a pricier install.

Most Common Oak Trees To Buy

If you’d like to learn more about specifics, take a look at our guide on the differences between white and red oaks here.

The white oak, also commonly referred to as the eastern white oak, is a popular shade tree. It is found in the eastern United States, west into Minnesota and south to Texas, and eastward. It is commonly used for furniture, flooring, and wine barrels.

The white oak grows to 100 feet tall, and boasts the typical, characteristic oak tree shape, with a round, wide crown. It has light gray bark with shallow furrows. Its leaves are an oval, elliptical shape and have anywhere between 5-9 lobes and slightly rounded tips. If you’ve seen an oak, this shape leaf is probably the most notable.

There are even methods to use to figure out how many leaves a full-grown oak tree has!

Its acorns are annual, taking just one year to mature. Aside from its name, the acorns and leaves will tell you that this is part of the white oaks: rounded lobed leaves, without bristles, and annual acorns.

This tree does well in well-draining loamy soils and dry upland habitats. This tree is also known to grow at elevations in the Appalachian Mountains.

If you’d like to grow a white oak tree on your own, check out this Oregon White Oak Seedling from the Jonsteen Company which has been grown from their nursery in California’s Redwood Coast without pesticides!

The swamp white oak is commonly found throughout the northeast to the Midwest United States. It is found as far west as Nebraska, down to North Carolina and up into Maine, and even Quebec.

This tree is used for construction, cabinets, boats, fences, and even railroad ties.

The swamp white oak grows to 100 feet and has characteristic dark gray, deeply furrowed bark. Its leaves are elliptical, with 10-20 shallow lobes, and no bristles. Its scientific name refers to the dual color of the leaf, with a dark green, glossy covering of the pubescence underneath it, which is white and velvety.

The pin oak, commonly known as swamp oak, Spanish oak, and water oak is found throughout the northeastern United States, from Vermont to North Carolina, and west to Oklahoma and Wisconsin. It is found in flood plains, and poorly draining soils, which makes it a no-brainer that it tolerates flooding and excessive moisture.

The pin oak is easily transplanted due to its shallow root system and is mainly used as an ornamental plant.

It is a medium to large tree, growing anywhere from 50-130 feet. It has gray-brown bark with deep furrows. It is part of the red oaks with biennial acorns and pointed, lobed leaves with bristles at the pointed ends.

If you’d like to purchase a pin oak tree as they’re one of the fastest growing hardwoods, check out these 2ft tall Pin Oak Saplings from DAS Farms that you can plant on your own – they guarantee a successful transplant!

The northern red oak is found throughout the eastern United States, north into Canada, and south into Georgia and even Louisiana.

This oak is used exclusively in flooring and furniture and is considered the most valuable oak timber.

The Northern Red Oak is one of the larger oak tree species that grows to 100 feet, with a vast rounded crown. You have probably seen this oak tree the most with its dark gray and almost black colored bark that has shallow furrows.

Its acorns are biennial, making it part of the red oaks, which you could also tell by its pointed lobed leaves with bristles.

It does well in a variety of soils, which is why it’s so commonly found. But it does best in loamy, sandy soils.

The southern live oak doesn’t really resemble an oak tree at all, besides the acorn and its bark. But, if you’ve ever seen trees down south, especially in Louisiana or Florida, then this is probably what you’ve seen!

It’s used for construction and shipbuilding due to its tough and dense wood.

The Southern Live Oak Tree grows to 80 feet tall and has a sprawling, beautiful crown and canopy. It has narrow, single-lobed leaves and characteristic dark brown bark.

Additionally, its acorns are annual, making this a white oak!

Although this species isn’t common, we thought it was an awesome one to include!

The maple leaf oak is a fairly small oak tree within the Quercus genus. It grows to only 50 feet tall and has dark gray, almost black bark with shallow furrows or grooves. Its leaves are shaped similarly to maple leaves, hence its name, with bristled tips. Its acorns are biennial, meaning they require two growing seasons to mature, making this part of the red oaks.

It is found only in west-central Arkansas, in only four counties in the Ouachita Mountains.

The sand live oak is commonly found along the coast of Louisiana, up to the coast of North Carolina along the coastal plain, but is most abundant in Florida. Its distribution makes it easy to guess what soils it grows best in, which is sandy soils in pine stands.

This oak is an evergreen shrub or medium-sized tree growing to 50 feet and even 95 feet. It has dark brown bark that takes on black color, and narrow, leafy, elliptical blade leaves. It also has annual acorns making this part of the white oaks!

The bur oak is a unique oak that extends south into Texas and further north than any other oak species into Saskatchewan, northern Canada.

It is mostly found in the mid-western United States as far west and north as Montana. Due to its wide distribution, it can tolerate most soil conditions and is known for being one of the most drought-tolerant oaks.

The bur oak is used for construction and flooring, like the white oak.

The bur oak is a large oak tree that grows to 100 feet and has a huge, thick trunk with a broad canopy. It also has light gray bark with deep furrows making it resistant to fires!

Its leaves are probably one of the most unique features of this oak, although it is narrow and elliptical, it has a large, rounded top, and 5-7 rounded lobes. Its annual acorns and bristle-lacking leaves make this part of the white oaks.

If you’d like to grow a bur oak, take a look at these Bur Oak Acorns From North Texas!

The northern pin oak, commonly referred to as jack oak or black oak, is found throughout the mid to the eastern United States, from Ohio to Michigan and Missouri.

This tree grows to roughly 65 feet with a narrow crown. Unlike the typical oak form we know, it can grow larger, but it’s rare. If it grows beyond its range, it begins to take on a shrubby growth.

The northern pin oak has anywhere between 5-7 pointed lobes with bristles on the end. If you know what’s coming next, then you’d be right! The acorns! Its acorns are biennial, making this part of the red oaks.

The northern pin oak does well in dry and sandy soils commonly found in the boreal forest. A cool thing about this oak is that it is commonly found among pines, hickories, aspens, and black cherry trees.

That’s All For Today!

Well, that’s all we have for today on oak tree pricing! Let’s recap everything we discussed in this article!

The cost of an oak tree, along with the cost of installation, varies depending on a few factors: height, landscape, and caliper. Depending on the type and size of the oak tree, install costs can range anywhere from a few hundred dollars to more than three thousand dollars.

But, the easiest way to tell an oak tree is to look for the acorns!

Thanks for sticking around and learning with us. We hope you revisit us along your tree journey, until next time! 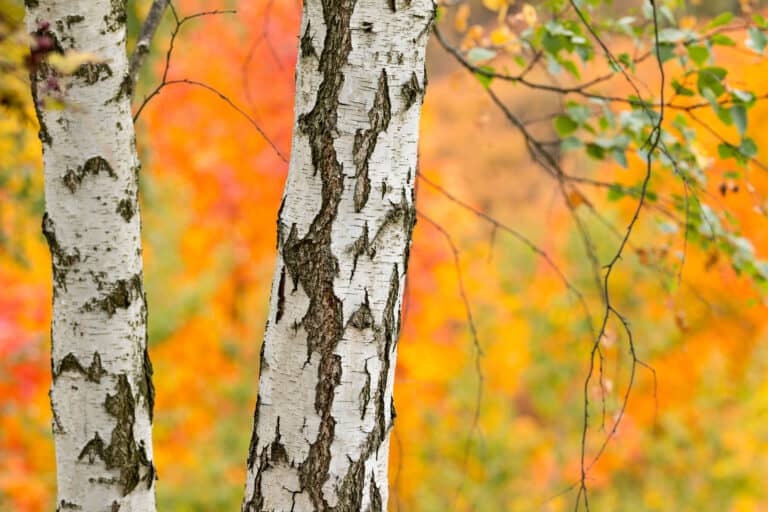 For birch trees, naturally peeling bark is part of its growth cycle. As the tree grows and the trunk increases in width, the older bark… 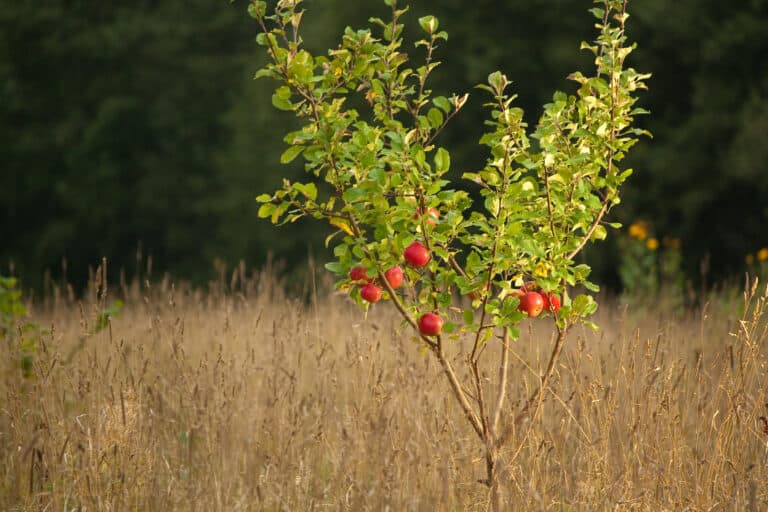 Apple trees come in many different varieties, and they are great trees for many reasons, the least of which is certainly not the delicious fruit… 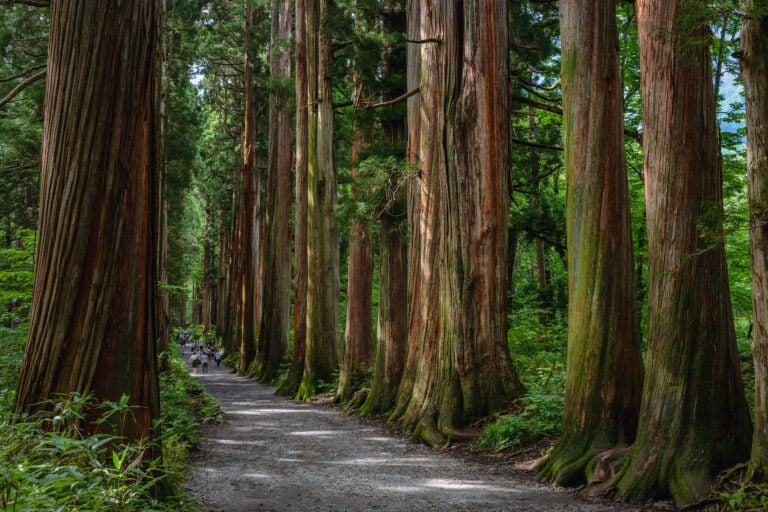 As you are probably aware, trees need maintenance. Cedar trees are no exception to this rule and, though they are a relatively low-maintenance plant, you…

Ash trees are beautiful, and they are beneficial additions to most yards, streets, parks, and other areas outside their native forests. Ash trees in particular… 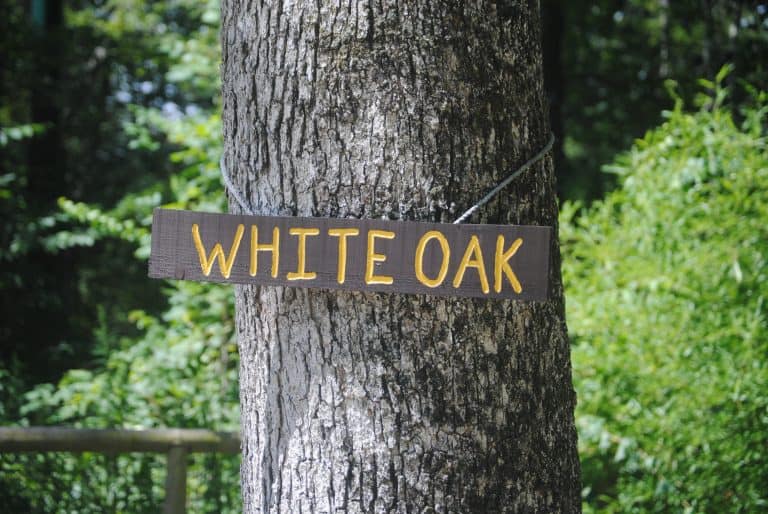 Today, we’re talking about one of our favorites; the White Oak Tree! There are so many incredible facts about White Oak Trees that we don’t… 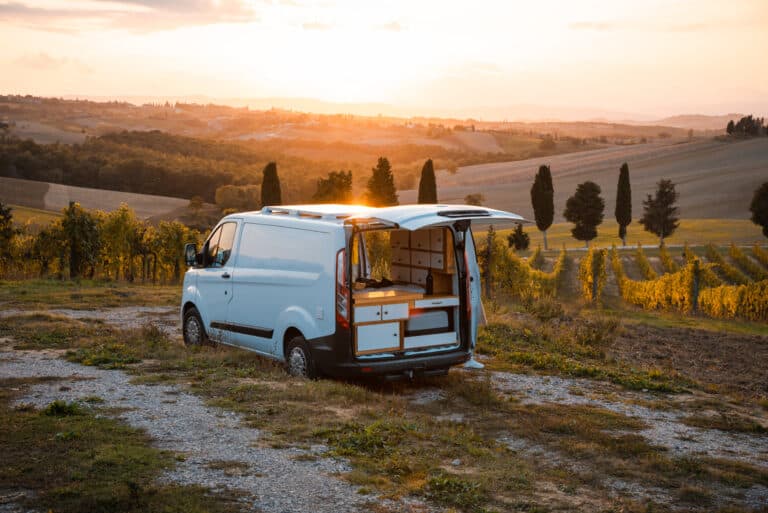 Living in a van is an adventure all on its own. Whether you do it full-time or are a weekend warrior, van life is exciting!…