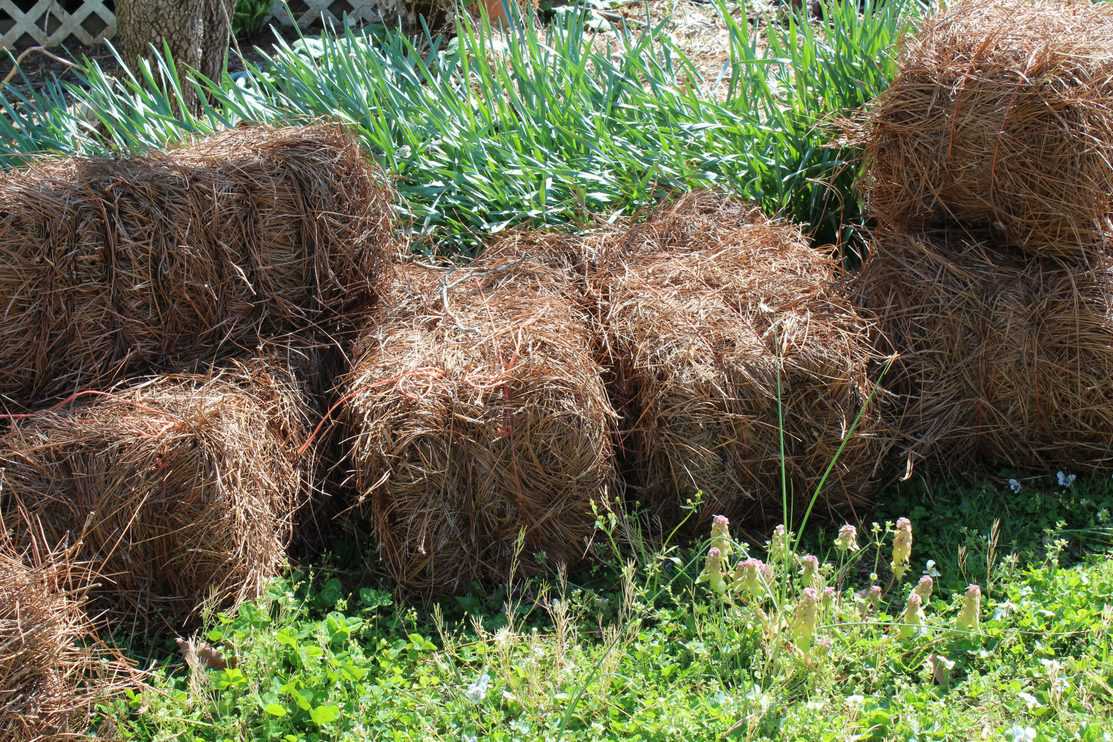 In truth, pine needles are the raw version of pine straw. Pine trees don’t start being harvested for pine straw until 6-10 years old. When pine trees turn 15 years old, they begin to yield maximum amounts of pine straw which are then used for mulch, commercial landscaping, gardening and more.

If you want to learn more about this method of mulching for your yard or landscape, keep reading! Here are ten pine needle and pine straw differences and uses.

Pine Needles Are The Raw Version of Pine Straw

Pine needles, in fact, are the raw version of pine straw. Funnily enough, the pine needles that you see on the ground in forests are exactly what is used for pine straw mulch! Pine straw is cheaper than regular wood mulch, is light and fluffy, and does not compact.

Pine needle harvesting does not occur before a tree is eight years of age due to the lesser amount of needles available before the tree reaches this age. Additionally, harvest is done during mid-fall when needles are likely to be driest; trees generally keep their needles for two years before shedding.

So harvesting needles too early in life, during the wrong season, and too late in the year can all result in lost income.

Did you know that pine mulch is becoming the preferred mulch to use in yards and landscapes?

If you’ve gone anywhere down south, I could bet you’ve seen landscapes with pine needles in place of regular wood mulch. Pine straw mulch has a variety of uses and numerous benefits. The pine straw business is becoming a lucrative industry for people who have historically been pine farmers.

Not All Trees With Needles Are Pine Trees

When you think of pine trees and pine needles, you may be thinking of a common Christmas tree, but did you know that pine trees are actually different from what we might usually think of?

You may be wondering if the pine trees in your yard are, in fact, pine trees or not? I know I always thought all needle-bearing trees were pines, but it turns out, just because they have needles does not mean they are pines!

Pine needles from pine trees grow in clusters, typically in groups of 2, 3, 4, or 5. A few trees that are easy to get confused with pine trees are spruce, fir, hemlock, larch, juniper, and cedar. If you look closely, all of these trees have needles, but they grow as singular needles on each branch, rather than clumped together in a group.

This is a key difference when trying to determine what that tree is in your yard. If you look at a fir or spruce, compared to a pine tree, you’ll notice that a chunk of pine needles extrudes from the branch on a pine tree. Whereas, in fir and spruce, it’s as if the entire branch has individual spikes coming off of it.

Pine straw is typically much cheaper than wood mulch. It is more cost-effective, especially since they are sold in bales and not bags. Pine straw is also easier to harvest yourself if you happen to have a plethora of pine trees in your yard or on your property.

Due to the abundance of pine needles that fall naturally, pine straw is generally more cost-effective because of this. Pine straw is typically harvested after pine needles have fallen to the ground. They are then raked up, hand baled, and sold to retailers.

Interestingly, in North Carolina, pine straw mulch has become an increasingly profitable industry. Longleaf pines are coveted for their fantastic timber for telephone poles as well as their needles.

For pine tree farmers, this is a lucrative business, despite the low price that pine straw bales are sold for. Furthermore, pine needle harvesting is typically started when the pine trees are 6-10 years old; however, it isn’t until the trees turn 15 years old that they yield maximum amounts of pine straw.

Spreading the well-known wood mulch is definitely not an easy task. It tends to be heavy and expensive, especially if you’re covering large areas.

I’ve definitely hurt my back when trying to spread mulch in my own yard due to the sheer volume that is needed to cover a small bed. Between picking up or carrying bags of mulch and then spreading it with a shovel or rake, it can be an intensive process.

One of the great things about pine straw is how light it is to work with. Unlike regular mulch or leaf mulch, pine straw mulch is lightweight and easy to spread while still maintaining functionality.

Pine needles are abundantly and naturally found, which makes pine straw a sustainable alternative to regular wood mulch. It doesn’t require cutting down trees or staining/coloring the mulch.

There are mitigation techniques used for harvesting pine straw to ensure the negative effects that can occur when harvesting. Certain techniques such as leaving organic matter undisturbed while raking, only raking every one to two years, and only harvesting during dry seasons, all of which allow pine needles to accumulate for the next harvest.

Additionally, unlike wood mulch, there is less waste from the logging industry and less damage to the environment when harvesting pine straw mulch. Despite being a profitable business, illegal and unregulated poaching/harvesting still occurs.

Pine Needles And Straw Are Good For Gardening

Pine needle mulch is great for gardening and other landscaping. The needles interlock and create a thick rug-like layer when spread and over time.

How amazing is that?

When pine straw needles interlock, the water that usually hits the soil, hits the pine straw, thus preventing soil compaction. This interlocking, woven web of pine needles allows water to penetrate through the woven system to the soil, moreover keeping moisture in.

Pine needles also insulate the ground, thus insulating plant roots in your garden. This can help protect your plants from extreme heat or cold.

According to Oregon State University, pine needles do not actually make the soil more acidic.

If you were to till the pine needles into the ground before they began to decompose, the pH of the soil might change, but it would not damage plants. Some people use pine straw to help with soil enrichment to help shrubs, trees, and plants grow. Pine straw has nutrients like calcium, nitrogen, and phosphorus, which enrich the soil when they decompose.

Contrary to popular belief, a layer of 2-3 inches of pine mulch will not change the pH of the soil, so using pine straw mulch in your landscape will not affect your plants.

Improper soil can be one of the reasons why your pine tree isn’t growing.

Pine straw is super low maintenance, which makes this a great choice for people who want to set it and forget it. They maintain their color and keep a more natural brown, red, gray color. Pine straw also takes longer to degrade and can do so at slower rates than other types of mulch.

Pine straw can also be tucked under itself when installing, giving it a clean and soft look. It also tends to have a more natural look than wood mulch. If you have ever seen forests with lots of organic matter on the ground, you may or may not know that organic matter is really flammable.

Think of forests where there are fire warnings, usually out west, most of the time; these consist of forests with pine trees! So, it is strongly advised not to use pine straw mulch in wildfire areas.

So instead of having to adjust your mulch after every heavy rainstorm or constantly replace it, pine straw will generally stay as is, making it an easy, low-maintenance choice for your yard and garden.

These pine needles are obtained from southern longleaf trees, which have needles that range from 7-16 inches in length. This is a more desirable pine straw due to its coarse and thick texture.

This type of pine straw also generally only needs to be replaced once a year. This is a premium-grade pine straw that is used in landscaping and commercial projects.

Slash pines are found in the southeast of the United States, with needles that are roughly 7-9 inches; slash pine straw also has thick needles, but they are not as thick as the needles of longleaf pines, this pine straw has to be replaced more frequently, about 2-3 times a year.

This pine straw is used in commercial and home landscaping.

This is a pine straw mainly used for gardens and flower beds. This pine mulch is crushed longleaf pine needles and provides a soft layer of mulch over beds.

The species of pine tree that the pine needles come from makes all the difference when selling bales of pine straw. Depending on the variety of pine trees that you harvest pine needles from will determine how much income you’ll make.

That’s All For Now!

Pine straw is such a cool alternative to the regular wood mulch we usually see every spring. It not only has a beautiful, soft, and natural look, but it has numerous benefits as well. I am curious to see if pine straw mulch will be the future of mulching in most areas due to the variety of uses that pine tree farms have.

We hope that this was helpful when deciding whether or not to use pine straw mulch in your yard! Even though pine straw is not recommended for all areas or climates, it is a good alternative to regular mulch.

To recap, here are the differences and uses of pine needles and pine straw:

Some final tips for recapping! If you live in wildfire areas, pine straw is not your friend and is not recommended. If you’re looking for a cheaper and more lightweight alternative to wood mulch, pine straw might be the solution for you!

Additionally, if you live in an area where erosion is an issue, pine straw can help mitigate that, unlike regular wood mulch that will probably just slide down the hill and have to be replaced or raked back into its area, especially after it rains. 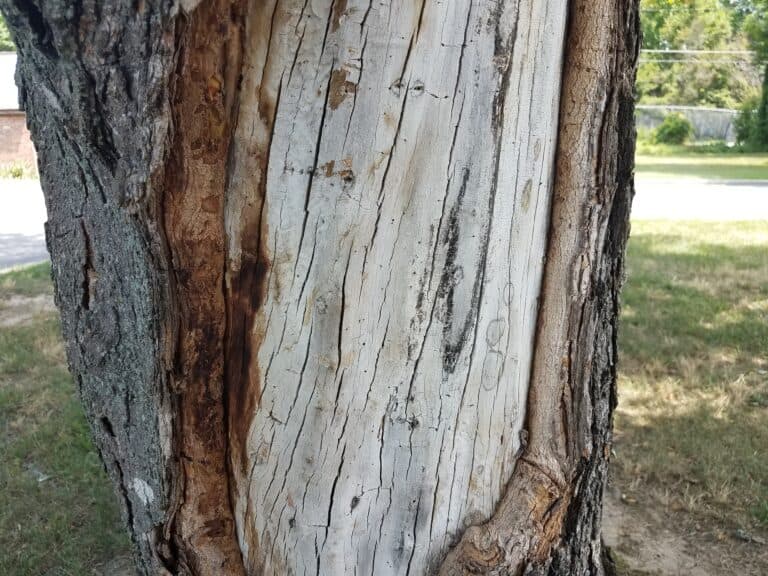 While many trees have stripped bark, you may wonder whether this is a sign of something going very wrong. What causes the bark to be… 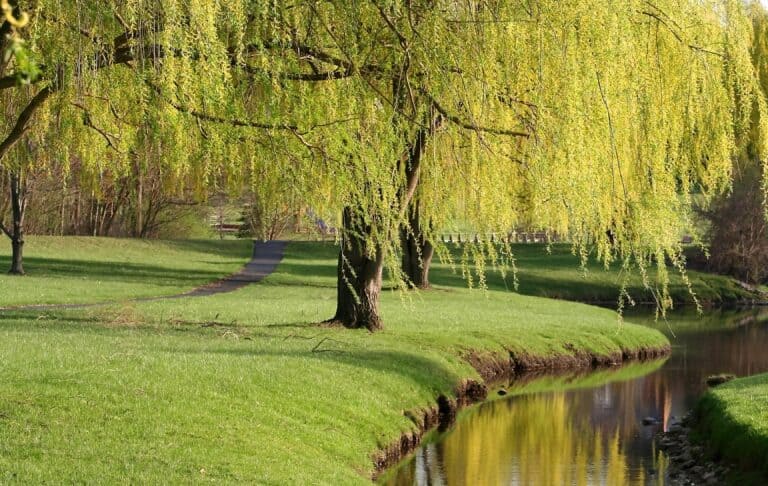 Depending on who you ask, willow trees can be polarizing; while some gardeners love them, others curse these trees for being difficult to keep alive,…

In recent times, more and more people have been interested in being more self-sufficient and healthy with their food. In most cases, this means looking… 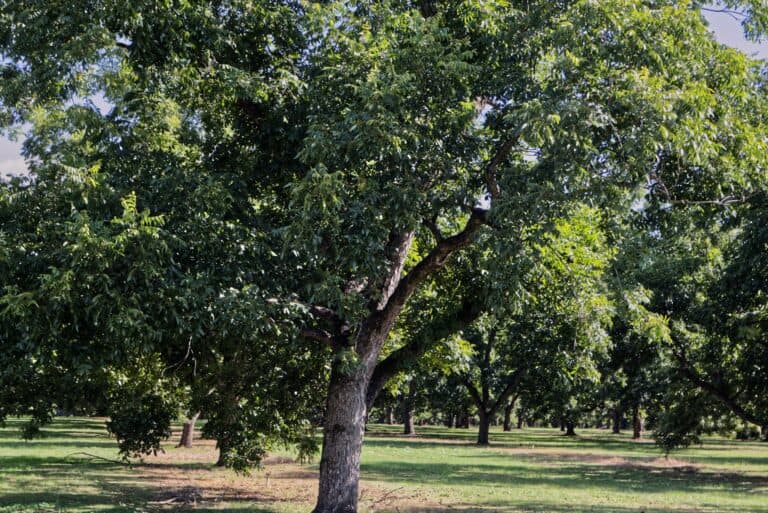 Correctly planted and cared-for pecan trees can produce an abundance of deliciously crunchy edible nuts. When growing your pecan tree, the right place to start… 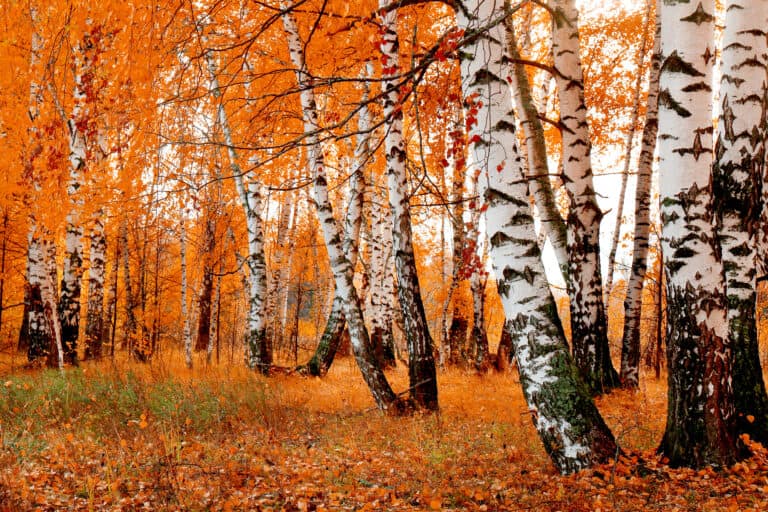 Birch trees are a very popular choice for landowners, especially since they make great ornamental trees. They can be quite messy, though, thanks to several… 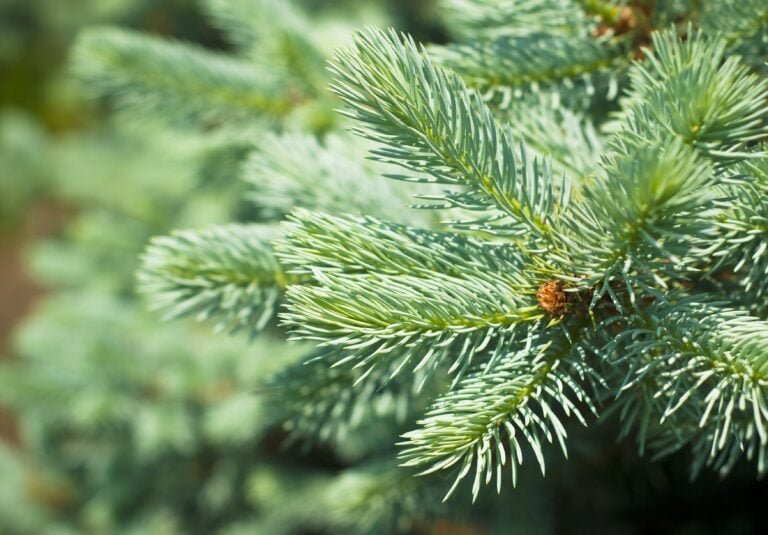 When winter rolls around, spruce trees become the centerpiece of our yards with their green needles that stand out bright against the white snow. These…