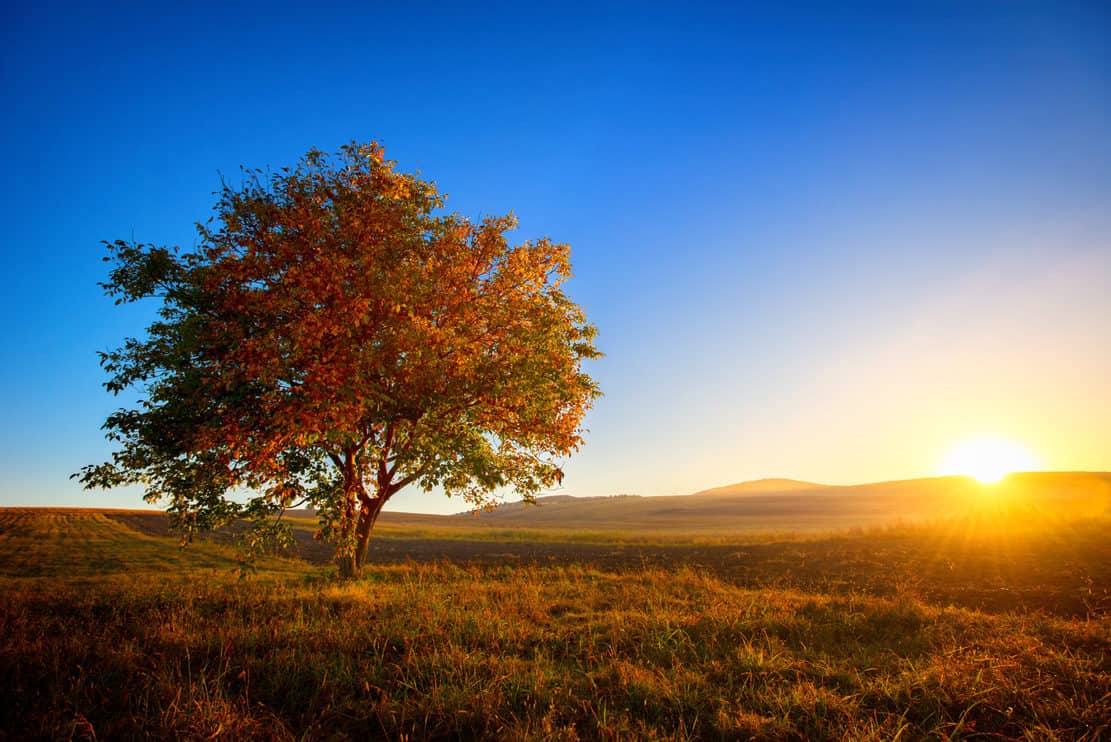 Black walnuts are incredibly nutritious but are traditionally hard to harvest. Read on to learn about the wild black walnut tree as well as the protein-packed and valuable wood from the walnut tree!

The black walnut, Juglans nigra, is a commonly found tree in the United States. They have huge husks similar to the size of tennis balls and are also of similar color.

The black walnut tree reaches a height of 75 feet and even is found to be heights of 150 feet. Historically, Native Americans and European settlers used black walnut trees due to their variety of uses.

Black walnuts, similar to black cherry trees, are considered pioneer species since they easily grow in barren environments. Also contributing to their success as a wild nut tree, is the fact that they are allelopathic, meaning that they release chemicals into the ground from their roots, making the surrounding area uninhabitable for other trees.

The English walnut is significantly easier to open as compared to its counterpart, the black walnut, and is what we commonly find in stores when we go to buy walnuts. The English walnut, although commonly used for foodstuff, is also used in furniture, cabinetry, guitars, millwork, and construction.

Talk about a Jack of All Trades! Walnut wood is resistant to decay and warping, shrinks mildly, and is a hardwood that is easy to work with.

Black walnut trees are incredibly versatile, which is no wonder the black walnut has numerous historical uses.

Black walnuts contain juglone, which acts as a mordant for dyeing fibers. This allows permanent dyeing of materials without the use of other substances that would normally allow the dye to stick.

Other walnut trees produce juglone but at a substantially lower amount than black walnut trees. The dye from black walnuts comes from the hulls, which encases the fruit or the nut. The dye is released by soaking and simmering black walnut hulls in water.

The neon green tennis ball-sized black walnut hulls produce a tan to black colored dye on both plant and animal fibers, depending on how long the material is soaked in the dye. The dye is so potent that hulls can be saved and frozen to use for dyeing throughout the year, additionally, hulls stain skin, countertops, and sinks.

Black Walnuts Have The Highest Protein Content Of All Nuts

The black walnut contains the highest amount of protein found in any tree nut! Additionally, they have high levels of vitamin A, iron, fiber, and antioxidants. Walnuts are a great way to get protein, healthy fats, and essential vitamins.

Black walnuts are full of vitamins and minerals such as vitamin E, folates, melatonin, iron, potassium, and magnesium. In comparison, English walnuts have 16 grams of protein, higher fat content, and 8 grams of fiber. In addition, walnuts are a great source of vitamin B6, manganese, copper, and folic acid.

Black Walnuts Are The Only Wild Nut Tree

The black walnut tree grows throughout North America, from Canada to Florida. It grows exceptionally well in sandy loam soil or clay soil. Black walnut trees are widely used in construction, hardwood flooring, and even in desserts and for baking.

Roughly 65% of wild harvests come from Missouri annually. Black walnuts are considered to be a pioneer species because they grow easily along roads, like a weed, and pop up in barren forest regions as a result of forest fires. Black walnut trees also grow easily in full sun and spread aggressively.

Furthermore, the hulls and nuts provide food for surrounding animals. Animals then spread the walnut seeds through excretion, enabling them to spread fast.

Black walnuts grow quickly and are allelopathic, meaning that they produce a biochemical called juglone that influences other plants. It inhibits the growth of plants competing with the black walnut by releasing the juglone into the environment.

This biological phenomenon directly contributes to their spread across the Northeast of the United States as the only wild nut tree.

Kinda cool, but we have a black walnut tree on our property 🙂

You can check out our black walnut tree here.

Although black walnuts are highly nutritious and easy to find, they are not the main provider of walnuts that we consume. Generally, the walnuts we find in the grocery store are from English walnut trees.

English walnuts have a much thinner and easily breakable shell or hull compared to the black walnut, allowing the fruit to be harvested more easily and as a whole.

Black walnut trees are typically grown more so for their wood, due to the nature of their hard-to-harvest fruit from hulls. Black walnut wood is used in furniture, gunstocks, oars, coffins, and flooring. The wood has a remarkably straight grain and is a beautiful dark color.

Black walnut is extremely valuable due to its hardness and ease to work with, as well as resistance to insects and decay, and is on par with cedar and black locust. Black walnut trees also grow comparatively quicker than English walnut trees attributed to their use for timber.

Walnut trees, although generally known to chemically ward off other plants, can be companion planted with certain vegetables. Juglone is a toxin that excretes from walnut trees and can inhibit other plants from growing nearby. However, some plants are resistant to this. If you were about to give up on your black walnut tree, here are some vegetables that are resistant to juglone:

Walnut trees are also traditionally known to have medicinal properties. The leaves have been used to treat conditions such as swelling, ulcers, and diarrhea.

The black walnut is native to eastern North America. Black walnuts adapt easily to a variety of environments and are the first to grow in barren environments after fires, and alongside roads; making them what is known as a “pioneer species”.

The English walnut tree, however, is said to have originated from Persia, modern-day Iran, and brought to Greece and the Roman empire. These were traditionally revered as royal gifts and known as foods of the Gods.

They were said to have been sent to the King of Greece from the King of Persia, contributing to their spread throughout the world. It wasn’t until the mid-1700s that the English walnut was cultivated in the United States in California and was commercially planted in the mid-1800s.

If you have ever seen a black walnut up close and personal, you have probably almost broken your ankle on one of the tennis ball-sized husks. I have done that more than once even though they are lime green!

The shells of black walnuts are incredibly hard and would probably injure you if you got hit with one. Their shell is so hard that some sources say to drive over the hull with your car.

Although, if you’re not up for that, the best way to harvest the nuts is on a hard surface with a hammer. Yeah, they are that hard! I know it is a common practice to step on the walnuts with shoes, but personally, that has never worked for me.

Black walnut shells are commonly used in sandblasting, that’s how hard they are! They can be used to sandblast ships, smokestacks, and even jet engines!

English walnuts, on the other hand, have a much softer and thinner husk, which comes off much more easily than that of black walnuts. English walnuts occasionally have hard-to-remove hulls that stick tight against the seed, but compared to black walnut husk removal, the English walnut seems like a breeze!

English walnut trees take significantly longer to mature and produce a large crop of nuts, than their counterpart, the black walnut. Nuts can begin to be produced around 4-6 years but generally take 20 years before a crop can be harvested.

The black walnut is significantly larger than the English walnut tree. It grows to a height of 75-100 feet tall and can have a spread of 75-100 feet wide. Currently, the Black Walnut of Virginia tree made the National Register of Champion Trees in 2019 at a whopping circumference of 246 inches, 104 feet tall, and a crown spread of 56 feet!

That’s all we have on the differences between black walnut trees and walnut trees. Walnuts are chock full of essential vitamins, protein, and minerals, moreover, they have a diverse range of uses.

To recap, here are the 8 differences between black walnut and walnut trees:

Walnuts are serious nutritional powerhouses with loads of vitamins and minerals. The black walnut and English walnut, although similar, have vastly different tree sizes and uses.

Additionally, all types of walnuts are used for their fruit as well as for their wood. Contrary to popular belief, there are juglone-resistant plants, including a handful of vegetables. Walnut trees are incredibly versatile.

Although the black walnut tree has commonly been thought of as a nightmare, these health-packed nut trees might have just become my new favorite! Maybe yours too? 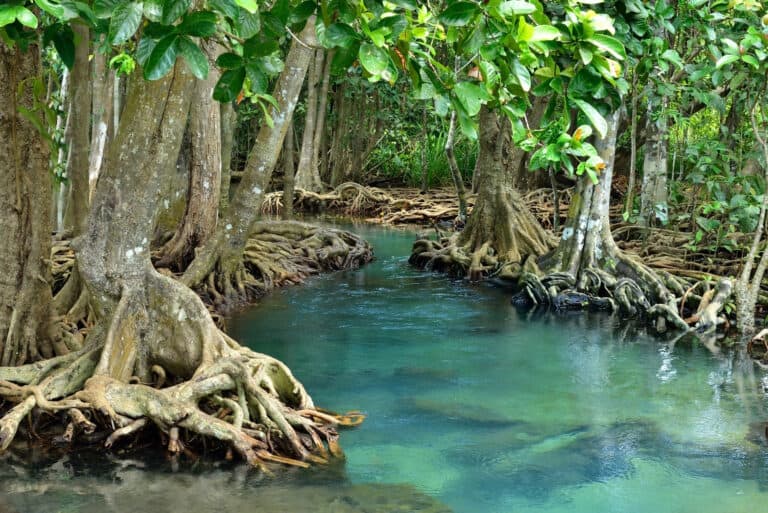 Mangroves grow along intertidal and coastal waterways as you may have seen them sticking out of the water along the coast. They look like thick-leaved… 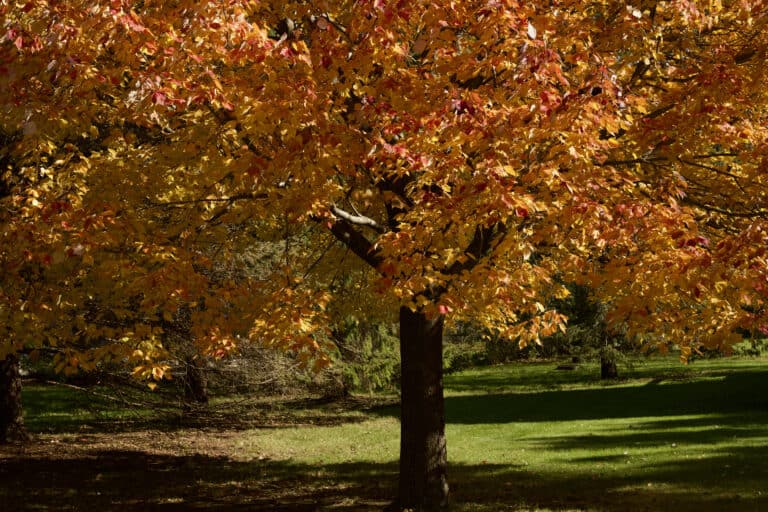 Maple trees come in several varieties and multiple sizes. They can grow quickly, or take a while to mature, but once they are grown, they… 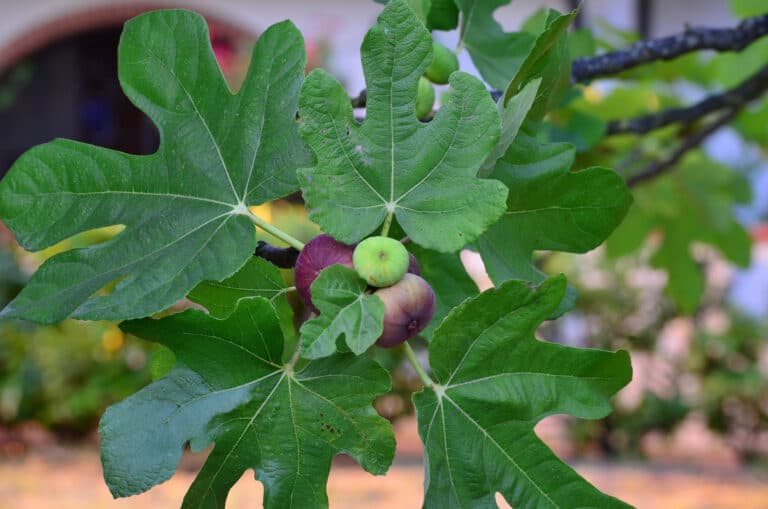 Fig trees can provide deliciously sweet fruit, but they require some tender loving care to get them established. There are over 750 species of fig… 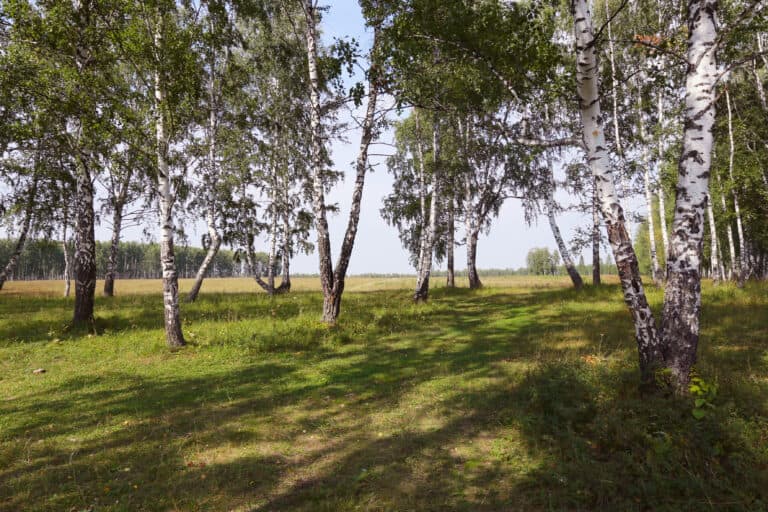 Though you may not know the names of many trees, most people can instantly recognize birch trees because of their distinctive beauty. But as an… 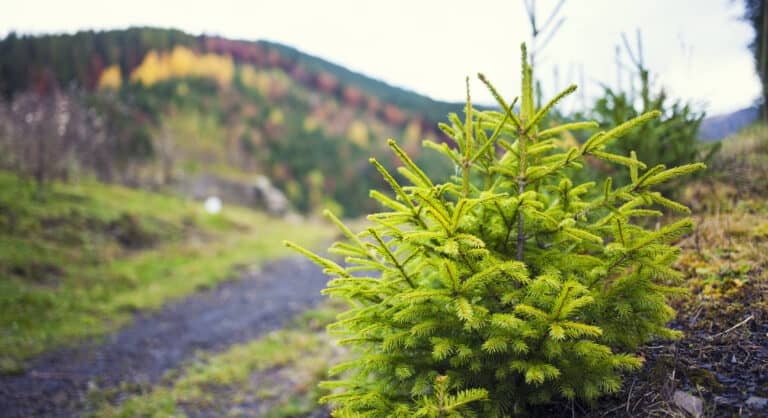 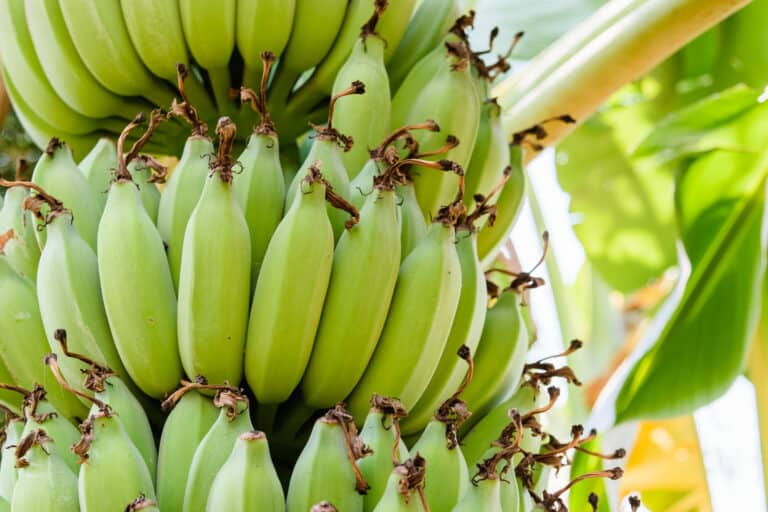 Have you always wanted to have a banana tree in your yard? Maybe you are looking to start a produce business and banana trees would…